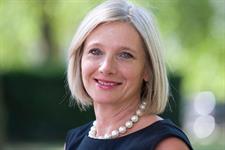 Four sector umbrella bodies have written to the Treasury to say the Charity Commission badly needs more funding, but there should be no ‘charity tax’

Four charity umbrella bodies have called on the government to provide more funding for the Charity Commission, but said this should not come from the regulator charging charities for its services.

A letter from the chief executives of the Charity Finance Group, the charity leaders body Acevo, the local infrastructure body Navca and the Small Charities Coalition, sent on Friday to Liz Truss, the chief secretary to the Treasury, asks for an increase in the grant given to the Charity Commission.

“Unfortunately, the government is currently putting at risk the billions raised by the public and tens of millions of volunteering hours, by drastically cutting the Charity Commission’s budget over recent years and now freezing it until the end of the decade,” the letter says.

“This is despite rising demand for its services and inflation eroding the real-terms value of the grant given by government.”

It says the solution to the problem of declining resources is not what the letter calls a “charity tax” that “forces charities to hand over donors’ money to subsidise the regulator and threaten its independence in the eyes of the public”.

William Shawcross, chair of the Charity Commission, said in September 2015 that it was inevitable charities would have to make a financial contribution to the regulator’s services.

He subsequently said in an interview, published in January, that charities in England and Wales might have to pay a levy of up to £3,000 a year to fund the regulator, with a consultation on the subject due “in the near future”.

The consultation has still not been published, due in part to delays caused by the snap general election earlier this year.

The letter from the four charity umbrella bodies says increased funding for the commission should be spent on more public outreach so people have greater confidence in the regulation of charities and to ensure that trustees are supported in understanding their responsibilities.

“The sums involved in funding the regulator from the government’s perspective are modest,” it says. “But the contribution made by the charity sector is substantial.”

At a public meeting in Cardiff, the chair and chief operating officer of the Charity Commission said the consultation would be published in the near future

The Charity Commission is facing at least a 12-week delay to its consultation on charging charities to fund the regulator.

In response to a question at a commission public meeting held in Cardiff on Thursday, William Shawcross and David Holdsworth, respectively chair and chief operating officer of the regulator, both said that a consultation on a charity levy would be released in the near future.

Third Sector understands that the Charity Commission was very close to publishing the consultation before the general election was called, but the election and subsequent changes in government, including the appointment of a new Chief Secretary to the Treasury and a new charities minister, have delayed the process.

Because of this, it will take at least 12 more weeks to get the necessary permissions from the Treasury to launch the consultation.

Speaking at the public meeting, Holdsworth said he expected that charities with incomes of £100,000 or more would have to pay between £75 and £1,750, depending on the outcome of the consultation.

Cuts to the commission’s Treasury funding mean its budget has fallen by £8m since 2010 and will be frozen at £20.3m a year until 2020. The number of registered charities has increased since 2010.

Shawcross said the commission had consistently asked for more funding, but was resigned to exploring other ways of getting the money it needed.

“I have asked the Treasury for more money consistently, almost monthly, for the past few years and the answer has been no,” he said. “I have said that, in that case, we will try to seek money from elsewhere.

Holdsworth said: “Exploring the options – with the sector – is the right thing to do. We did try to get the increase and got a very robust no from the Treasury. So at that point our duty as a regulator has to be to explore all options.

“That doesn’t mean we will give up on pursuing the Treasury for more assistance, but it means our responsibility is to pursue those options.”

Holdsworth also set out some of the changes to the Charity Commission’s digital services that will be occurring in the next year, which have been funded by a one-off grant from the Treasury or £8m.

Holdsworth said that much of the commission’s work had so far been focused on building the infrastructure and capacity among its staff to deal with new digital services.

Charity registration services have already gone online, so the average amount of time it takes to register a charity has halved from 90 days to 45.

A consultation on changes to the annual return, which closed in March, would also lead to a new user-friendly version being launched on 31 August, Holdsworth said.

He added that two new digital services were currently in “private beta”, which meant they were being tested with a number of charities.

He said these two services were applications to change a charity’s name – which he said could cut the length of time spent on the process from 33 days to 24 hours – and amending a charity’s governing documents.

He added that individual “portals” for charities, which would allow them to make applications to the commission and take control of their details, should be ready by the end of this year.