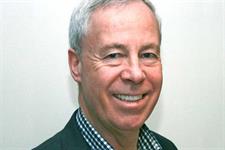 Stephen Dunmore, chief executive of the Fundraising Regulator, is to stand down in June.

A statement from the regulator today said the former Big Lottery Fund chief executive, who was appointed interim chief executive of the Fundraising Regulator in December 2015, had had his term extended until June, but he is not expected to continue in the role after that time.

The statement also said Lord Grade, who has been chair of the regulator since November 2015, would continue in post until Christmas 2018, at which point it is expected he will step down.

Richard Newton, board member for Wales, was appointed on a three-year term in January.

The terms of the remaining three, Sacha Deshmukh, Jenny Williams and Lucy Caldicott, who were each appointed for two years in February 2016, will come to an end, although the regulator said they would be able to reapply for further terms as part of a recruitment process that is already underway.

The regulator said it expected to announce the results of that process in April.

The Fundraising Regulator said in a statement that Rader’s appointment demonstrated its commitment to working collaboratively with charities in Northern Ireland.

“I am extremely grateful to all of our board members, who have been invaluable in our formative phase and have provided wide-ranging expertise, hard work and commitment,” said Grade in a statement.

“They have been essential during our set-up, the development and launch of the Fundraising Preference Service, the management and development of the Code of Fundraising Practice and the first investigations and casework about charity fundraising.”

The regulator said the recruitment process for the chief executive role would begin “in the early months” of 2018 and later in the year for Grade’s successor.