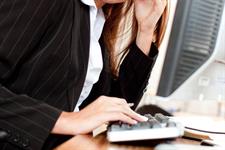 Major charities have made progress on ethnic and gender diversity at senior levels in recent years but have some way to go if the sector is to be truly representative, research by Third Sector shows.

A survey of 50 leading fundraising charities has found that senior management teams and trustee boards are slightly more ethnically diverse and have a marginally fairer gender split than when Third Sector conducted the same exercise three years ago.

But voluntary sector figures said that, despite the progress, significant work was still needed on both gender and ethnic diversity at top levels.

The figures on ethnic diversity compare poorly with the most recent UK census, which found that 14 per cent of UK residents were non-white, although that figure varied considerably from region to region.

In London, where most of the charities in Third Sector’s sample are based and which is the most ethnically diverse region in the UK, 40 per cent of people were found to be non-white.

For the full data and for comment and analysis, read the full article here.

Kristen Stephenson, volunteer development manager at the umbrella body, says charities should allow volunteers greater flexibility in how and when they offer their time

A broad culture change in volunteer management is needed in order to attract more volunteers, Kristen Stephenson, a volunteer development manager at the National Council for Voluntary Organisations has said.

Speaking at a joint event held by the NCVO and the Office for National Statistics on trends in volunteering in central London today, Stephenson said charities needed to allow volunteers greater flexibility in how and when they volunteered in order to keep them engaged.

Many charities failed to take into account the fact that people’s engagement was an ongoing journey that depended on what else was happening in their lives, heard delegates at the event, which was held as part of National Volunteers’ Week.

For example, they might volunteer as students, then less when they find full time work or have children, but then get re-engaged through children’s groups, she said.

“There’s a broader culture change that’s needed in terms of volunteer management, so that we create a culture of volunteering where people are able to volunteer in different stages of our lives and we can build in the flexibility and also the pathways to allow people to do that and support them on this journey,” said Stephenson.

She also said that organisations needed to embrace the fact that volunteers might have a more fluid relationship with them because people have become more focused on causes than organisations.

“It might mean we might need to change our mentality a bit from one that recruits volunteers to do a very specific role that we define, to one where we enable people to give their time and talent,” she said.

“So is might be that we are seen as volunteer enablers rather than volunteer managers in the future.”

She said charities should look to sharing volunteers and enabling them to move between organisations easily rather than thinking about protecting or keeping them loyal.

Matthew Hill, a senior researcher at the NCVO, agreed and said the sector needed to be careful about the way in which it viewed time as a barrier to volunteering.

Many studies had shown that those who were busiest, for example, in full-time jobs and caring for children, tended to volunteer more, he said.

“We should be honest about what does it really tell us when people say they don’t have enough time to volunteer,” he said, pointing to data shared earlier in the session by Chris Payne, a  senior research officer at the Office for National Statistics, which showed that non-volunteers tended to consume more mass media.

“I think we all know mass media means boxsets, which we watch instead of volunteering,” Hill said,

“So I think we’ve got to be realistic that it’s not that people don’t have time to volunteer, it’s more the data shows that people are choosing to do other things with their time rather than volunteering.”

He said it often was not the overall amount of time that was needed to volunteer that presented a barrier by the idea of a regular, open-ended commitment that tended to deter people, so more flexible opportunities needed to be offered.

Stephenson said one solution was to design volunteering to fit around people’s lives – pointing to Projects such as Good Gym, where people go running but stop off to do activities for their communities along the way.

“In those roles the volunteering is almost secondary – it’s about how it fits into their lifestyle,” she said.

“If we want people to choose volunteering over watching a boxset we need to think about how we make it easier and how we really highlight what the other selling points are of that activity.”