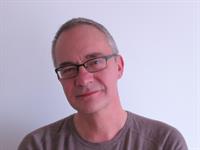 Moody, who is the charity’s executive director with responsibility for managing its health and social care services, will take up the role in April.

He has been at CGL for 17 years and has held positions at every level of the organisation, the charity said.

Moody replaces David Biddle, who announced his departure from CGL earlier this year after four years as chief executive and a total of 21 years at the charity.

Biddle is expected to work on other projects outside the charity sector when he leaves the charity next year, the charity confirmed.

Moody’s salary was still under negotiation, a spokesman for the charity said, but would be released once it had been decided.

The spokesman said some of the charity’s service users were involved in the selection process for the chief executive.

Mike Pringle, chair of CGL, said: “Mark is, of course, well known within CGL for his immense passion and commitment to our mission.

“He also enjoys a strong reputation across the whole sector and I am confident that he is the best-placed person to lead us as we continue to support people to transform their lives and reach their full potential.”

Moody said: “Working for CGL is an absolute privilege and I am honoured to take up the position of chief executive, leading this fantastic organisation.

“I look forward to working with our staff, volunteers, commissioners and partners in continuing to deliver truly transformative services.”