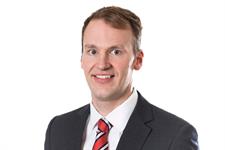 David Knott has been promoted to director of the Office for Civil Society.

He replaces Mark Fisher, who led the OCS from October 2014 until he became director general of the Cabinet Office earlier this year.

Knott, who holds two economics degrees and a master’s degree in public policy from the London School of Economics, is no stranger to Whitehall.

Aside from his previous role at the OCS, he has also worked in the Prime Minister’s strategy unit, the Cabinet Office and the Department for International Development.

A DCMS statement said his main responsibilities included the National Citizen Service programme, mobilising private investment and alternative models of delivery, such as social impact bonds, and working with key partners, including the Charity Commission and the Big Lottery Fund.

The advertisement for the role, drawn up by the DCMS in the summer, said the post-holder would “develop a new direction for work on civil society”.

Tracey Crouch, the Minister for Civil Society, announced earlier this month that the government would produce a new voluntary sector strategy that would “reaffirm the value that government places on civil society”.

Knott, who took up his new role yesterday, will not be replaced directly as deputy director, but his former responsibilities will be assumed by four other directors.