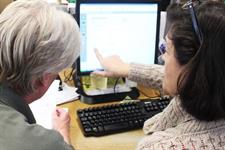 A report from the Living Wage Foundation says 26 per cent of sector staff are in that category, with the figure at 21 per cent for the overall workforce

The proportion of workers in the voluntary sector paid less than the living wage is higher than the UK average, research has found.

A new report compiled by the Living Wage Foundation says that 26 per cent of charity workers earn less than the living wage, compared with 21 per cent of the overall UK workforce.

The living wage is a voluntary rate that is higher than the minimum wage and takes into account the cost of living in the UK and in London.

Living wage rates, which are set by the Living Wage Commission, increased this week to £8.75 an hour in the UK and £10.20 an hour in London, up by 30p and 45p per hour respectively on last year’s rates. The minimum wage for people aged over 25 is £7.50 an hour.

The report, which has been released as part of Living Wage Week, is based on data collected by the National Council for Voluntary Organisations and taken from those in the Office for National Statistics’ Labour Force Survey who identified as working for a charity, voluntary organisation or trust from an overall sample size of about 40,000 households.

Researchers found that slightly more than 30 per cent of women in the voluntary sector earned less than the living wage, compared with 21 per cent of men.

They found that 73 per cent of low-paid workers in the voluntary sector were women, even though they made up only 65 per cent of the workforce.

And they found that slightly more than half of charity workers aged between 20 and 24 were paid less than the living wage, but this was slightly below the average for this age group in the workforce as a whole.

Small charities were found to be more likely than larger organisations to pay below the living wage, the researchers found.

Workers in residential care were the most likely to be paid less than the living wage, the report says.

People from ethnic minority backgrounds were particularly affected by low pay, it says, but this might have been down to their under-representation among respondents.

Katherine Chapman, director of the Living Wage Foundation, said the report showed that low pay remained a “real challenge across the charity sector”.

She called for a collaborative approach among charities to ensure that those working in the sector could earn wages that met the cost of living.

“The good news is that more than 800 charities have already signed up as living wage employers,” she said. “We look forward to working with funders, commissioners and charity employers to highlight the benefits of investing in responsible wages, such as increased morale, motivation and staff retention, and reduced absenteeism.”

Sir Stuart Etherington, chief executive of the NCVO, said there was a “clear moral, economic and business case” for increasing the wages of the lowest paid.

“Wherever possible, I would encourage charities to consider becoming living wage employers,” he said.