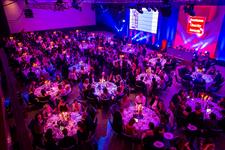 Disproportionate number of charity staff ‘paid below the living wage’