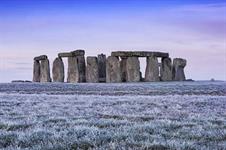 The organisation, which was spun out of the public sector in 2015 with £80m of government funds, says it is likely it will reduce its workforce by 4 per cent

– This article was clarified on 1 December 2017; please see final paragraph

English Heritage is consulting staff about plans to cut about 90 jobs as it bids to put its finances on a sustainable footing.

The organisation, which was spun out from the public sector to become a charity in April 2015, supported by £80m of government funds, pledged to become financially independent by 2022/23.

The charity, which spent more than it earned in its first two financial years, said in a statement it had exceeded its financial targets in those two years and was expecting to beat them in its third year.

“In light of this period of success and so that we continue to control our costs carefully, we have taken the opportunity to review how we operate and how we are organised,” the statement said.

“As a result of this review, it is likely that we will reduce English Heritage’s workforce by approximately 4 per cent.

“Decisions of this nature are never easy, but we believe it is better to take these decisions now – from a position of strength – in order to ensure the charity’s long-term success.”

The at-risk roles are mainly office-based middle-management positions across a number of departments, an English Heritage spokeswoman said.

The charity said in its statement that all of its properties would remain open and the changes would not affect admission or membership prices.

Spending was about £5m higher than income in the previous year, when it brought in £95.4m, its accounts show.

The charity said this was because it had received the £80m grant from the government in 2014/15 but had only begun spending the funds in the next financial year.

Kate Mavor, chief executive of the charity, said: “We have had a tremendous first three years, with record visitor numbers, but to ensure we become financially independent we need to change how we are organised.

“These changes will involve some difficult decisions, but they are vital if we are to continue to look after the sites in our care and tell their stories to this and future generations.”