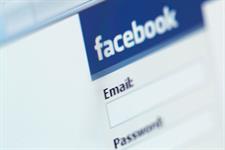 Facebook has scrapped its fees on charity donations made through the new fundraising tools that are being rolled out in the UK, it has announced.

The social media giant had been piloting the tools, which allow charities to include donate buttons on their fundraising pages or individuals to set up fundraising pages for causes they are interested in, since September.

It said yesterday it would roll them out fully and would no longer be charging fees of 5 per cent on each donation for the service.

In a statement, Facebook said: “We have been inspired by our community raising millions for non-profit organisations with the fundraising and donation tools.

“That is why we are announcing that we are eliminating all fees on donations made to non-profits on Facebook.”

This will include all donations made to non-profit organisations on fundraising pages, as well as donate buttons on charities own non-profit pages and posts, and in live videos, the statement said.

The tools that were piloted – the donate button and personal fundraising pages – have now been fully rolled out in the UK, as well as in the US, Ireland, Germany, Spain, Italy, the Netherlands, Belgium, Denmark, Norway, Sweden, Austria, Finland, Luxembourg and Denmark.

Facebook also announced it was testing Fundraisers API, which will allow people to connect their fundraising pages to similar pages on other platforms.

In a statement on its website, it said it had been testing the tool with charitable events and races.

“We’ve seen many impactful stories from this beta and are excited to roll out to 500 additional non-profits by the end of spring 2018,” the statement said.

– The article was updated on 30 November after Facebook confirmed its former fee structure, which it had been unable to do before publication of the story