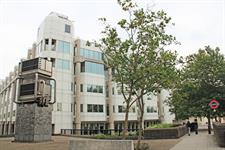 According to figures obtained by Third Sector, the costs rose to £3.7m once various other costs were included

Interim managers appointed by the Charity Commission charged five charities a total of almost £2.5m in fees for statutory inquiries that concluded between 2011 and 2016, figures show.

The cost to the charities grew to £3.7m once interim managers’ professional fees and disbursements, VAT, accounts work, forensic accounting, other third-party costs and legal costs were taken into account.

An interim manager is usually appointed by the regulator when it considers a significant risk exists to charitable assets, income, services or beneficiaries at a charity that is subject to a statutory inquiry. An interim manager’s fees and expenses are usually paid by the charity under investigation.

According to data provided by the regulator and compiled by Third Sector, interim managers charged charities almost £2.5m in fees in five cases that ended between 2011 and 2016, one of which involved a charity being placed in liquidation after it was the victim of a substantial fraud.

That charity was Astonbrook Housing Association, which faced an interim manager’s bill of £1.7m, rising to £2.1m when the associated costs were included, for work carried out between 2007 and 2013.

Sixteen interim managers are currently in place that are not included in the figures obtained by Third Sector.

Of those 16, six have been in place for three years or more, with another five having been in post for between one and three years.

In one case, members of a south London evangelical Christian church, Rhema Church London, said that the charity had paid its interim manager more than £150,000 since their appointment by the Charity Commission in December 2015.

In September 2017, members of the church complained to the commission about the costs involved and claimed that they were originally told that the interim management fees would cost only £24,000 and the investigation would last three months.

The Charity Commission said in a statement that it appointed an interim manager only if it “considers this is the most appropriate solution to tackle serious issues in a charity”. In the majority of cases, this would be because the trustees were unable or unwilling to deal with the regulatory issues of concern, it said.

“The costs and the length of an interim manager appointment will reflect the nature and complexity of the issues in the case,” the statement said.

“Sometimes the appointments take longer than originally anticipated due to this. However, the commission is always mindful of the impact on the charity and its finances and will not seek to delay or continue an appointment where it is no longer an effective option.”

The commission’s statement said that it used a variety of methods to minimise the costs to the charity of having an interim manager in place, and the regulator expected the managers’ work to be conducted at discounted rates.

Harvey Grenville, head of investigations and enforcement at the Charity Commission, said: “The law prevents the Charity Commission from directly running any charity, so when there are serious problems in a charity that trustees are not willing or able to resolve, being able to appoint interim managers is an incredibly important tool for the protection of charities. Because of this we have a very rigorous process for appointing and overseeing the work of interim managers.”