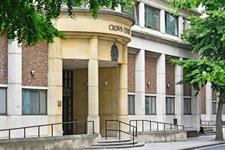 Asra Yildiz, 32, of Hackney in east London appeared at Blackfriars Crown Court, charged with defrauding the charity of £34,000

A former personal assistant to the chief executive of the learning disability charity Mencap has pleaded guilty to a £34,000 fraud.

Asra Yildiz, 32, from Hackney, east London, pleaded guilty at Blackfriars Crown Court last month to one count of fraud by abuse of position.

Yildiz, who was employed by the charity from 2011 until her dismissal in 2014 when the allegations came to light, was the PA to Mark Goldring, who left Mencap in 2013 to become chief executive of Oxfam, and his successor, Jan Tregelles.

Yildiz had originally pleaded not guilty to the offence, but changed her plea at a hearing on 20 October.

Tregelles said: “Asra Yildiz had worked at Mencap for a number of years until her dismissal in April 2014. She was in a position of trust, which she repeatedly abused by falsifying expenses and other claims for personal gain. Asra let herself, her Mencap colleagues and Mencap donors down.

“As the recent fraud report produced by the Charity Commission made clear, every charity needs to be alert to insider fraud.”

Yildiz will be sentenced next week.