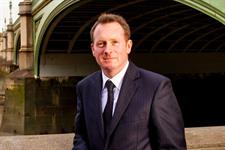 Chris White, the former Conservative MP for Warwick and Leamington, has been carrying out a review of the legislation he took through parliament in a private member’s bill

Chris White, the former Conservative MP and architect of the social value act, has called for the legislation to be extended to cover all forms of public spending, following a review of the act he has completed for Social Enterprise UK.

The Public Services (Social Value) Act, which came into force on 31 January 2013, requires public service commissioners to consider how they can achieve social, economic and environmental benefits through the commissioning process in addition to financial considerations.

Speaking to Third Sector, White, who was MP for Warwick and Leamington until he lost his seat at this year’s general election, said the bill, which he put before parliament as a private member’s bill in 2010, had been a success and should be extended further.

White, who will be releasing the results of his review of the social value act in the next few weeks, said social value played a role in £25bn of public spending and services, but it should also cover other areas of government spending, such as wider infrastructure projects and planning assets.

He also said his review would show that some of the barriers to the social value act’s success identified in a review of the legislation carried out by Lord Young in 2015 – specifically, the measurement of social value, and understanding and awareness of the act – have been addressed.

“What we’ve seen through this review that we’ve just done is that those boxes have been ticked,” said White.

He said although social value did factor in £25bn of public spending and services, there was scope for the legislation to be extended to play a role in the £268bn of total public sector spending every year.

“There’s far wider scope for social value to be extended in terms of not just services, but goods and works, planning assets and general wider infrastructure projects,” he said.

He also said his review of the act would provide evidence for policymakers to support its extension.

“In my view, I think the report will demonstrate how successful the law has been so far,” he said. “I think with the evidence in front of policymakers, I think it would be very difficult to argue against the sensible approach, which would be to extend the act.

“To see the benefits that have been delivered already make a very compelling argument.”

White said some local authorities, for example, had already chosen to voluntarily extend their application of the social value act, but he said that others needed encouragement to account for social value to a greater extent.

“One of the issues at the moment is it is very, very light-touch – that is how it became legislation in the first place, it wasn’t seen as burdensome. But it is changing from considering social value to actually account for social value in the language of the act,” White said.