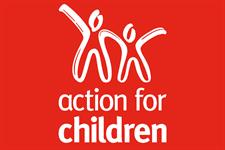 An employment tribunal has ruled that Action for Children unfairly and constructively dismissed an employee who felt she had been bullied by her line manager.

Janette Coyle resigned from her role as a social work lead practitioner at the charity’s Plymouth city centre office in August 2015, after she had been made to work alone in small office with little natural light, which she said provoked anxiety because of an incident in 1997 when she had opened a door and the body of a person who had hanged themselves the day before swung into her.

She also claimed she felt bullied and undermined by her manager, Sally Kendrick, who compared her unfavourably to other staff and complained that Coyle’s team was not working quickly enough, according to the tribunal’s judgment, published last week.

The tribunal hearing took place in January, when the charity argued that Coyle had left because she was struggling with the demands of her role.

Coyle had worked for the charity since July 2014 when the charity took on the contract to run children’s centres in Plymouth, providing safeguarding and support for vulnerable children.

She had worked for the previous contract holder, Keyham Community Partnership, since September 2008 and had transferred to Action for Children when it took over.

The tribunal found the transfer of the contract had created a “significant backlog” of work for Coyle and her team and the charity had failed to resolve the problem a year later.

“The tribunal is satisfied that there was no evidence that the claimant was responsible for such issues,” the judgment said.

Anne Goraj, the tribunal judge, said in her judgment she did not believe that those managing Coyle had been made fully aware of her fear of being in the small space or of the traumatic incident with the body.

The judge said she did not believe Kendrick had deliberately intended to undermine Coyle on a number of occasions, but had been “clumsy and tactless”, which had been upsetting for Coyle, the judgment said.

The tribunal also found Coyle would “reasonably have felt distressed and undermined” by some of Kendrick’s comments.

It concluded that the charity’s management had failed to carry out a proper investigation into Coyle’s allegation of bullying and found she felt she had been shouted at by another manager, Susan Turle, in an investigatory meeting into her performance.

Before she left the organisation Coyle was being investigated over her handling of a difficult and potentially violent family, even though her actions in the situation had won her praise from Plymouth City Council’s welfare and safeguarding officer, according to the judgment.

It said the charity had been right to investigate the issue, but not to open a second investigation into the incident.

When Coyle was signed off sick with work-related stress in June 2015, the charity claimed to have found several problems in her caseload which needed to be investigated and suspended her, although it did not thoroughly explain to the tribunal what the accusations against her were.

The tribunal ruled that Coyle had been unfairly constructively dismissed and awarded her compensation, which will be decided at a later date.

It ordered an additional 20 per cent to be added to the compensation figure to reflect the fact that Coyle had not been subject to a formal disciplinary hearing when she left, had not been given full details of the accusations against her and the issue had been dealt with in an inappropriate way by the charity.

An Action for Children spokesman said: “We do not provide detailed comment on individual cases but can confirm that there was a legal dispute regarding termination of employment that was heard by an employment tribunal. These proceedings were progressed and concluded in July 2017.”