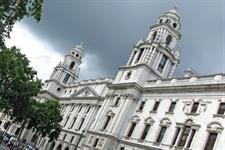 A charity representing more than 80 voluntary sector and not-for-profit disability and care organisations has accused the government and the taxman of taking a punitive approach to charities over the back-pay issue for sleep-in care workers.

The Voluntary Organisations Disability Group accused HM Revenue & Customs of “bullish tactics” and of sending “ultimatum letters” that give organisations 30 days to sign up to a voluntary scheme drawn up by the government to resolve the issue.

The VODG said there was a lack of clarity around the scheme, making it difficult for its members to decide whether they should sign up.

Sleep-in care workers, who are widely used in the sector to care for vulnerable adults, were typically paid a flat rate of between £35 and £45, with workers receiving either the national minimum wage or the national living wage for any hours actually spent providing care rather than being asleep, according to VODG.

But in the wake of two employment tribunal decisions from last year, the government changed its guidance to ensure that the national minimum wage applied to sleep-in carers for the entirety of the time they are present.

Earlier this month, the government and HMRC published details of a scheme that gave providers a year to identify what they owe and a further three months to pay off the arrears.

But charities criticised the announcement, with Mencap saying that organisations signing up to the scheme could be “writing their own suicide notes”.

They want the government to foot the bill because they believe the issue has arisen as a result of the government providing incorrect guidance on the matter.

In the VODG statement yesterday, Steve Scown, chair of the organisation, said: “There are too many unresolved questions for providers to make an informed decision as to whether to join the government’s compliance scheme.

“In the absence of answers, and funding to cover the back-pay bill, HMRC’s approach and the timeframe it is imposing is unhelpful to a sector that is at full stretch financially.”

The chief executive of one disability charity, who did not want to be named, said: “This appears to be a concerted and planned campaign by government to undermine the sector when a constructive, not punitive, approach is needed.

“At a time when we need more funding for social care, the sector is instead being hammered by the HMRC, intent on taking away resources from the sector.”

An HMRC spokesman said the government had consistently made it clear that all employers were expected to pay workers according to the law.

“The social care compliance scheme is designed to maximise the prospects of workers being paid arrears owed to them, while at the same time protecting existing jobs and the stability of the sector,” he said.

“HMRC is engaging with the sector to help providers consider whether they are eligible for the scheme. As part of this we have contacted all social care providers who were already subject to a National Minimum Wage investigation at the scheme’s launch and where we have received a worker complaint.”