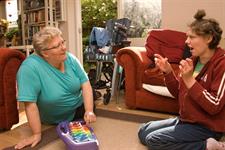 Charities that owe back-pay to sleep-in care workers have been given 15 months to pay up to six years’ worth of arrears totalling an estimated £400m, under a scheme set out by the government.

The Department for Business, Energy & Industrial Strategy, the Department of Health and HM Revenue & Customs yesterday published the headline details of a voluntary scheme designed to encourage charities to pay back-pay to sleep-in care workers, which gives organisations a year to identify what they owe and a further three months to pay off the arrears.

But charities and lawyers criticised the announcement, with the learning disability charity Mencap warning that charities signing up to the scheme could effectively be “writing their own suicide notes”.

Sleep-in care workers, who are widely used in the sector to care for vulnerable adults, were typically paid a flat rate of between £35 and £45, with workers receiving either the national minimum wage or the national living wage for any hours actually spent providing care rather than being asleep, according to the Voluntary Organisations Disability Group.

But in the wake of two employment tribunal decisions last year, the DBEIS changed its guidance to ensure that the national minimum wage applied to sleep-in carers for the entirety of the time they are present.

Under the new Social Care Compliance Scheme, HMRC will begin writing to social care employers that have complaints against them for underpaying sleep-in care workers to encourage them to sign up to the programme.

Employers that choose not to take part “will be subject to HMRC’s normal enforcement approach”, the government said.

The statement from the government said it was looking at ways to minimise the impact on the charity sector, and was discussing with the European Commission whether any government support for the social care sector would contravene EU state-aid rules.

But the announcement has been met with fury from charities and representative bodies in the social care sector.

Mencap, which would owe £20m in back-pay and has said it would face closing 200 residential care homes and services and making 4,000 staff redundant if forced to pay, claimed the government’s announcement failed to provide reassurance to patients and staff.

Derek Lewis, chair of Mencap, said: “Three months on from the government’s commitment to seek a solution to the devastating £400m liability hanging over the sector, there is only the promise of further delay and no commitment, even in principle, to accept responsibility for a liability created by government changing the rules.

“Details of the scheme have not yet been made available. Many providers, particularly smaller ones, might be reluctant to take part in the absence of any funding assurance, concerned that they will be writing their own suicide notes.

“It is quite wrong that providers should be expected to subsidise the increased cost of on-going sleep-in care.”

Steve Scown, chair of the VODG, said the government had failed to consult properly with the social care sector, despite the VODG providing detailed analysis and advice to the Department of Health.

“The announcement raises lots of uncertainties and unanswered questions, which we shall be taking to government,” said Scown. “This situation risks yet more unintended consequences as the limbo for providers and personal budget holders continues.”

Rhidian Hughes, chief executive of the VODG, said: “Voluntary sector care and support providers are disproportionately affected by social care budget cuts because the people they mainly support are publicly funded. The sleep-in crisis is placing immense strain on the sector and we are calling on government to urgently identify a long-term and sustainable funding solution for social care.”

Martin Green, chief executive of the representative body Care England, said the government “needs to accept the responsibility for meeting the substantial costs of backdating sleep-in costs and take full account of the reality that the sector has been operating for years within very contradictory guidance”.

Matt Wort, a partner at the law firm Anthony Collins Solicitors, urged charities not to sign up to the SCCS until an appeal by Mencap about sleep-in care workers’ wages had concluded.

“This is once again an ill-considered move by government that could have a devastating impact on the UK social care industry,” Wort said.

“Local authority and NHS commissioners won’t have funded providers sufficiently for the shifts in question to compensate this shortfall. Forcing care providers to pay for its own mistakes and leaving essential services at the mercy of HMRC is both unethical and nonsensical.

“Businesses and individuals must not sign up to this self-assessment scheme until they have further clarity. Mencap’s forthcoming court of appeal case, due to be heard in March 2018, could change the position as to whether sleep-in carers are entitled to the minimum wage.”