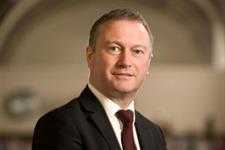 Steve Reed, the shadow minister for civil society, has accused the government of showing a “complete and utter disregard for the UK’s charity sector” because it failed to consult charities about the impact of Brexit.

A letter published yesterday by the Department for Exiting the European Union included the government’s formal response to a House of Lords EU External Affairs Sub-Committee report called Brexit: Trade in Goods.

The annex to the government’s response includes a list of 58 sectors for which reports have been compiled, but not published, about the impact of leaving the European Union in those areas.

The sectors for which an impact report has been produced account for 88 per cent of the UK economy, the government’s response says, but does not include any impact report about the likely effect of Brexit on the charity sector.

The Britain Stronger in Europe campaign estimated before the EU referendum last year that charities would lose more than £200m a year in EU Commission funding if the UK were to leave the European Union.

Reed, who has tabled an urgent parliamentary question about the issue, said: “The government has published a list of 58 different sectors it has consulted about the impact of Brexit. But charities were excluded.

“Although the government has consulted the gambling sector and the crafts industries, they didn’t bother asking the voluntary sector. Civil society organisations employ more than two million people, contribute £12bn to the economy and stand to lose millions in EU funding after Brexit.”

He claimed that the lack of an impact report for the charity sector showed the government was not interested in charities.

“The government’s complete and utter disregard for the UK’s charity sector is breathtaking,” Reed said. “When they started cutting public services, they told charities to pick up the pieces. Now, with charity funding drying up, the government doesn’t even pretend to be interested in what charities think any more. It’s a disgrace.”

The DEXEU was unable to provide a comment before publication of this story, but it is understood that an impact report covering the voluntary sector was not produced because the reports focused on sectors that trade within the European Union, not those that receive funding from it.

An opposition day debate on the 58 sectoral impact assessments is due to be held in the House of Commons today.