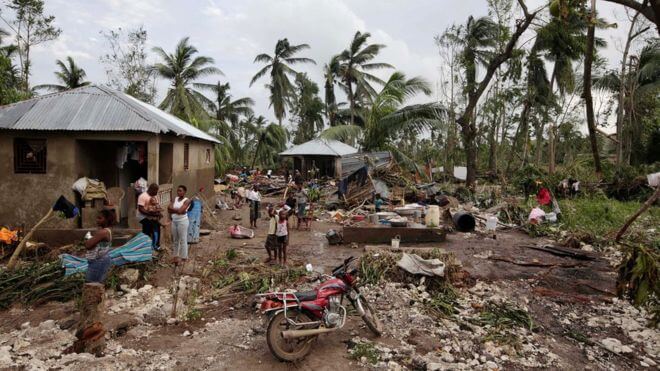 A series of grants totalling £110,000 have been donated to support ongoing relief efforts on islands across the Caribbean, hit hard by this summer’s hurricanes.

The largest grant, of £50,000, will support Plan International UK’s work in Haiti and the Dominican Republic

More than a million people in these countries are still badly affected by the hurricane and are in urgent need of help.

Despite major coverage of the recent hurricanes, the crisis in Haiti and the Dominican Republic has been largely ignored by the media. Haiti in particular has tens of thousands of people still living in makeshift shelters following the devastating earthquake of 2010, the cholera outbreak which followed, and the widespread destruction caused by Hurricane Matthew last year.

The grant to Plan International UK will provide food and kitchen kits, clean water supplies, mattresses and bedding and hygiene kits specifically aimed at women and children. There will also be aid to help farmers restore their livelihoods and replacement school items to help children resume their education as soon as possible.

The media may have moved on but rebuilding takes time. People are struggling to piece their lives back together after the latest in a series of disasters which have devastated these countries. We are hugely grateful to the Masonic Charitable Foundation for their generous grant, which will make a big difference to thousands of people across Haiti and the Dominican Republic

Three further grants totalling £60,000 have been awarded to the Masonic Districts of Barbados and the Eastern Caribbean, Bahamas & Turks as well as Trinidad and Tobago, to help people in these areas following Hurricanes Irma and Maria.  The emergency relief grants will help those living without access to safe shelter, food, drinking water and sanitation.

The recent hurricanes in the Caribbean have left many thousands of people at risk of malnutrition and disease, some of whom have been largely forgotten.

I am very pleased we are able to help with Plan International UK’s long-term, life-saving work as well as working directly with the overseas Masonic Districts to assist those in need.